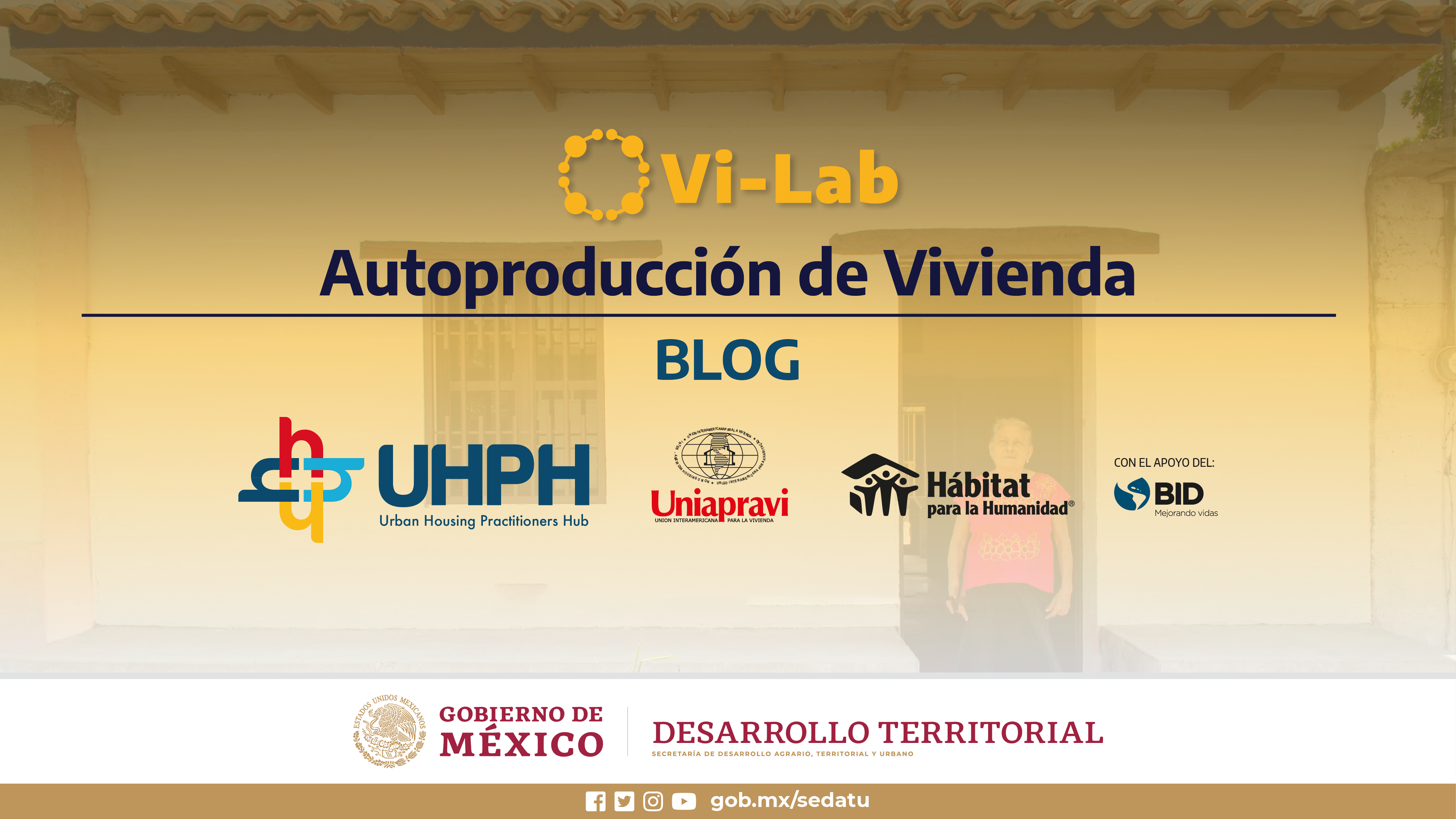 In Latin America, self-production housing is commonly related to processes of informal housing settlements in which vulnerable populations, with limited resources and without the ability to access formal housing markets, self-build their residences. Favelas, camps, informal neighborhoods, are some names that describe these urbanizations. The insecure tenancy of property, inappropriate services or public spaces, vulnerability of housing to rains, earthquakes, hurricanes or other natural phenomena, are some of the vulnerabilities faced by people who inhabit these properties.

ECLAC estimates that 13.8% of homes in Latin America are owned in ways other than ownership or rental, about 13% do not have access to drinking water, and 39.3% of homes in the region they do not have proper drains. The World Health Organization points to the latter as being the leading cause of communicable diseases in the world. Finally, the World Bank estimates that 77% of deaths caused by earthquakes in the last 100 years were caused by the collapse of masonry structures inside homes.

However, self-production housing can be a cost-efficient and attractive alternative for all income segments when it is properly directed and accompanied. On February 18, the Vi-lab webinar on Self-production Housing was held, organized by the Urban Habitat and Housing Practice Platform (UHPH), to discuss the advantages, challenges and instruments necessary for its promotion, as part of the series of housing laboratories. The speakers were experts, authorities and officials from the Mexican Government, Non-governmental organizations, the Inter-American Development Bank and the World Bank. Contributions are presented below. 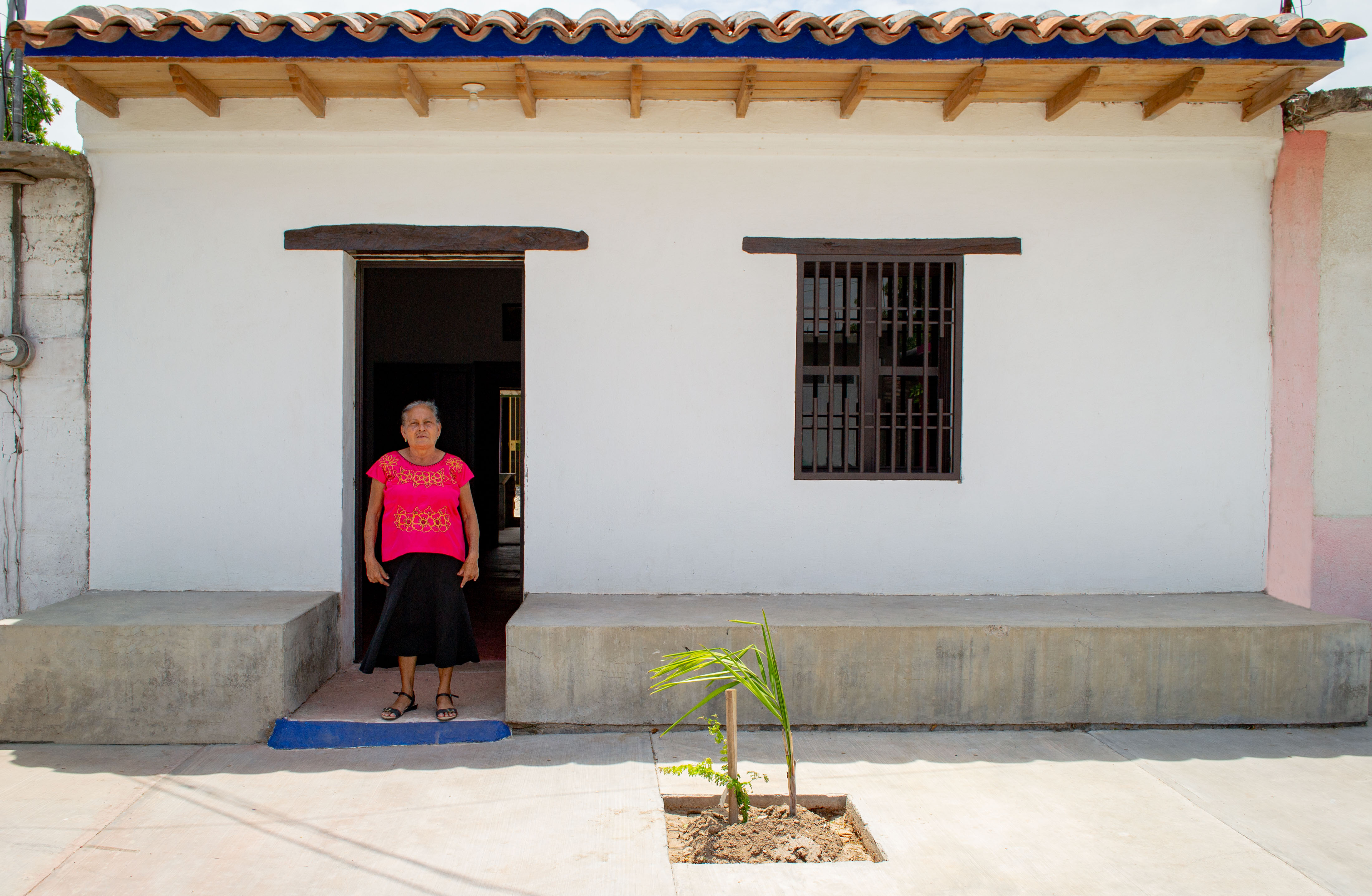 A paradigm shift and some preliminary definitions

The main conclusion of all the exhibitors was that the paradigm of self-production as a form of “second category” housing production should be controversial from the practice and public policy. The Secretariat for Agricultural, Territorial and Urban Development of the Mexican Federal Government (SEDATU) defines self-production as “a way of producing housing where the user obtains, takes advantage and manages the resources available to him to build his house, making fundamental decisions to satisfy needs such as its location, type of home and materials, among others”. In this sense, self-production should NOT be understood as housing for low-income people, typical of informal urban settlements or with poor conditions.

Although housing programs in the region have been successful, they have focused almost exclusively on serving the production of new and industrial housing, neglecting the lag in progressive self-production, improvements, and on-site construction. However, there are some experiences of governments and private non-profit organizations that have attempted to address this spectrum of housing needs.

With the support of the World Bank, the Indonesian government implemented the Housing Improvement Assistance program (Bantuan Stimulan Perumahan Swadaya - BSPS). 1.48 million households have benefited since 2006, 90% are from informal incomes, 38% are headed by women and 20% are elderly. Aimed at households with incomes below the local minimum wage ($ 172 USD), the beneficiaries have received subsidies between $ 1,117 and $ 2,333 USD, maximizing up to 300% of family resources for construction or home improvement. The works are carried out with the support of technical assistants who supervise the works with quality standards such as structural safety, health, spatial dimension and provision of public services. Efforts of national, regional and local governments were integrated, as well as community groups (of around 20 families) that were in charge of providing the resources, selecting the beneficiaries and carrying out the construction work.

According to the World Bank, this experience, as others in the region, show at least three challenges for self-production: flexible and comprehensive public policies, creation of knowledge of the State and characteristics of existing homes or land, and innovative construction techniques that are economic and increase the resilience of homes.

Inspired by a new approach to public policy, on January 21 the Mexican Government presented Decide y Construye national platform for self-construction, which groups together the 7 credit programs and 5 subsidies that exist in the country to build, improve, expand and regularize households. The portal was recently launched as an informational tool but aims to become a transactional one that facilitates citizens with the procedures for technical, financial and material assistance for the self-production of housing. The objective is to create an ecosystem that favors and encourages self-production as a mechanism for improving human conditions and a legitimate alternative for the provision of housing.

Organizations as Techo, Build Change, Vivienda Local and Hábitat para la Humanidad, have provided services for the improvement and assisted production of housing in the region for 15 years. The actions undertaken include interventions in private homes, neighborhoods, consulting with local and national governments, as well as public-social-private articulation processes.

Coordination between governments, private companies and communities has illustrated the possibilities of successful self-production schemes and they have built a knowledge network that allows them to identify the common problems faced by this type of housing production:

It is necessary to include environmental sustainability criteria in all homes, especially in self-produced homes to start any individual or larger-scale project click here